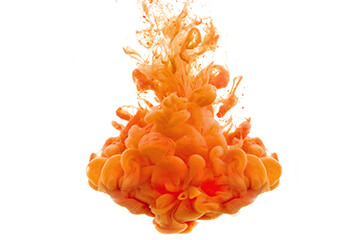 ＞90 % as determined by SDS-PAGE

＜1.0 EU per µg as determined by the LAL method

Measured by its ability to bind recombinant human EphrinB2 in a functional ELISA.

Samples are stable for up to twelve months from date of receipt at -70℃.Store it under sterile conditions at -20℃ to -80℃. It is recommended that the protein be aliquoted for optimal storage. Avoid repeated freeze-thaw cycles.

Ephrin type-B receptor 2, also known as EphB2, belongs to the ephrin receptor subfamily of the protein-tyrosine kinase family which 16 known receptors (14 found in mammals) are involved: EPHA1, EPHA2, EPHA3, EPHA4, EPHA5, EPHA6, EPHA7, EPHA8, EPHA9, EPHA10, EPHB1, EPHB2, EPHB3, EPHB4, EPHB5, EPHB6. EphB2 receptor tyrosine kinase phosphorylates syndecan-2 and that this phosphorylation event is crucial for syndecan-2 clustering and spine formation. The Eph family of receptor tyrosine kinases (comprising EphA and EphB receptors) has been implicated in synapse formation and the regulation of synaptic function and plasticity6. Ephrin receptors are components of cell signalling pathways involved in animal growth and development, forming the largest sub-family of receptor tyrosine kinases (RTKs). Ligand-mediated activation of Ephs induce various important downstream effects and Eph receptors have been studied for their potential roles in the development of cancer. EphB receptor tyrosine kinases are enriched at synapses, suggesting that these receptors play a role in synapse formation or function. We find that EphrinB binding to EphB induces a direct interaction of EphB with NMDA-type glutamate receptors. This interaction occurs at the cell surface and is mediated by the extracellular regions of the two receptors, but does not require the kinase activity of EphB.