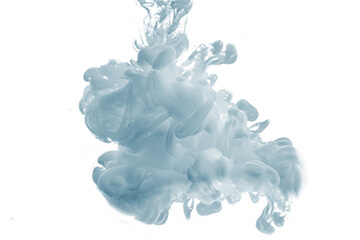 This EphB2 antibodyis to be used only for research purposes and not for diagnostics..

A portion of amino acids 103-133 from the human protein was used as the immunogen for this EphB2 antibody.

Titration of the EphB2 antibody may be required due to differences in protocols and secondary/substrate sensitivity.

If you buy Antibodies supplied by NJS poly they should be stored frozen at - 24°C for long term storage and for short term at + 5°C.

Human (Homo sapiens), Mouse (Mus musculus) ; Due to limited knowledge and inability to test the antibody against all known species, we cannot guarantee that no other cross reactivity can occur.

Aliquot the EphB2 antibody and store frozen at -20 deg. Celcius or lower. Cycles of freezing and thawing can denaturate the peptide chains of the antibodies and reduce their sensitivity and/or change their affinity. Prepare aliqotes in such a manner so that freeze-thaw cycles are minimized.

The receptors are ligand binding factors of type 1, 2 or 3 and protein-molecules that receive chemical-signals from outside a cell. When such chemical-signals couple or bind to a receptor, they cause some form of cellular/tissue-response, e.g. a change in the electrical-activity of a cell. In this sense, am olfactory receptor is a protein-molecule that recognizes and responds to endogenous-chemical signals, chemokinesor cytokines e.g. an acetylcholine-receptor recognizes and responds to its endogenous-ligand, acetylcholine. However, sometimes in pharmacology, the term is also used to include other proteins that are drug-targets, such as enzymes, transporters and ion-channels.

Ephrin receptors and their ligands, the ephrins, mediate numerous developmental processes, particularly in the nervous system. Based on their structures and sequence relationships, ephrins are divided into the ephrin-A (EFNA) class, which are anchored to the membrane by a glycosylphosphatidylinositol linkage, and the ephrin-B (EFNB) class, which are transmembrane proteins. The Eph family of receptors are divided into 2 groups based on the similarity of their extracellular domain sequences and their affinities for binding ephrin-A and ephrin-B ligands. Ephrin receptors make up the largest subgroup of the receptor tyrosine kinase (RTK) family. The ligand-activated form of EphB2, which belongs to the Tyr family of protein kinases, interacts with multiple proteins, including GTPase-activating protein (RASGAP) through its SH2 domain. It binds RASGAP through the juxtamembrane tyrosines residues, and also interacts with PRKCABP and GRIP1 This type I membrane protein is expressed in brain, heart, lung, kidney, placenta, pancreas, liver and skeletal muscle. It is preferentially expressed in fetal brain. This protein contains putatively 2 fibronectin type III domains and 1 sterile alpha motif (SAM) domain.